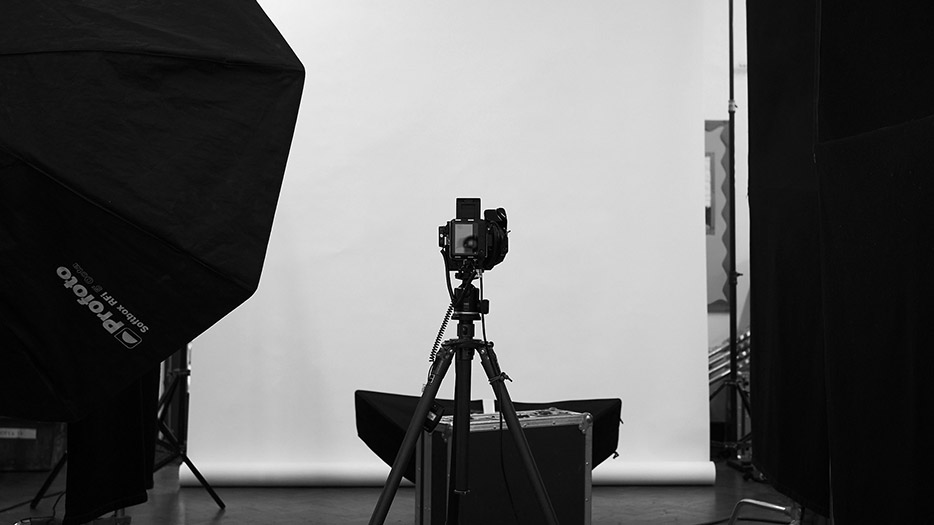 Ricky Gervais arrives at Spring Studios and just as he’s about to say hello, he spots my dog in the studio, GQ’s existence momentarily goes on hold whilst he video calls his partner.

We knew Ricky loves dogs so Lenny had his own dog taxi to the studio. Set the tone for the day.
Loves a tummy tickle Lenny, can’t speak for Ricky... 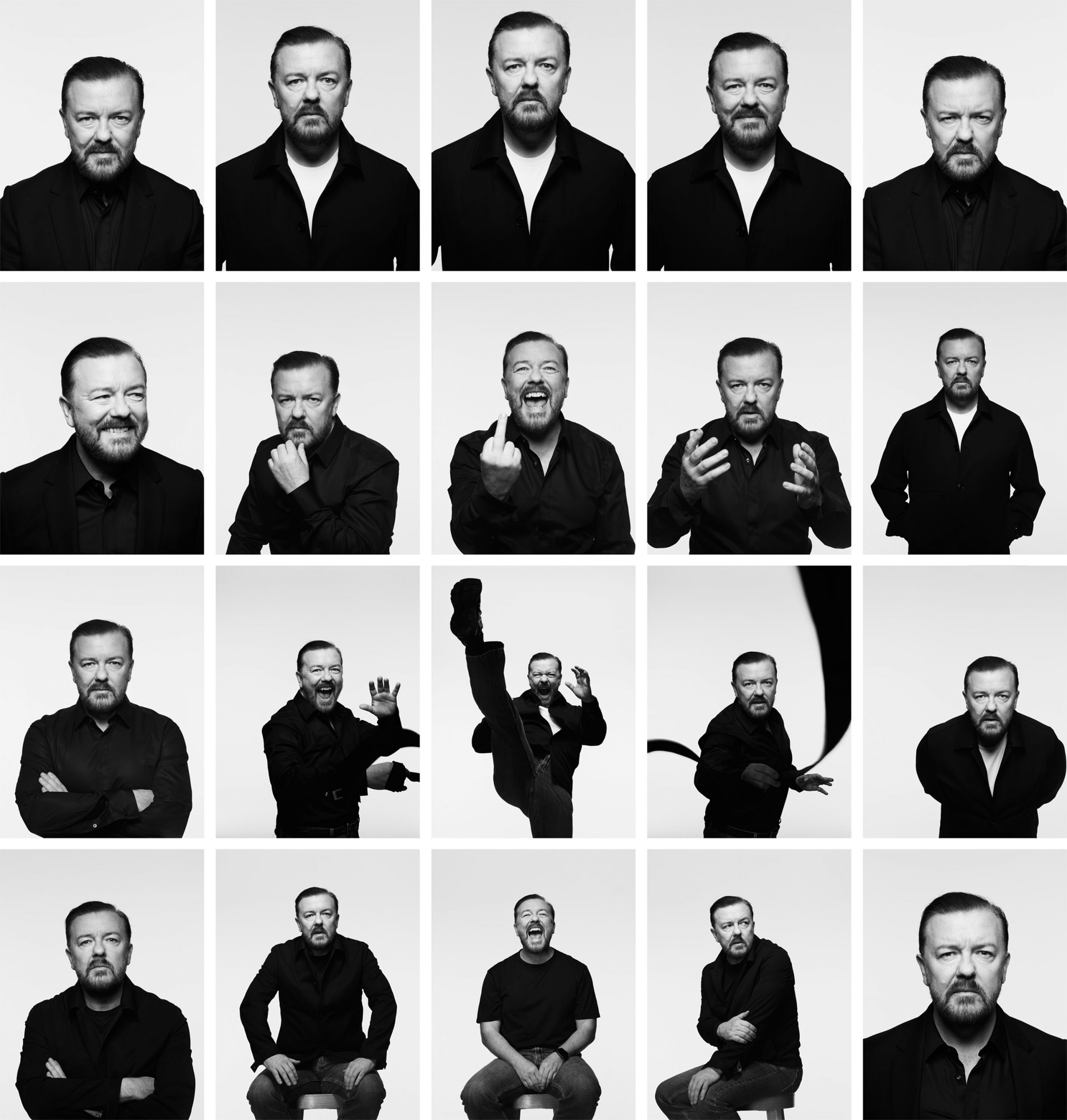 The actual reason we were here was to shoot the main cover for British GQ’s series of Heroes with Ricky.

Straight off the back of his hit series Afterlife, talking all things about his hero David Bowie. Darn good choice too for his Hero 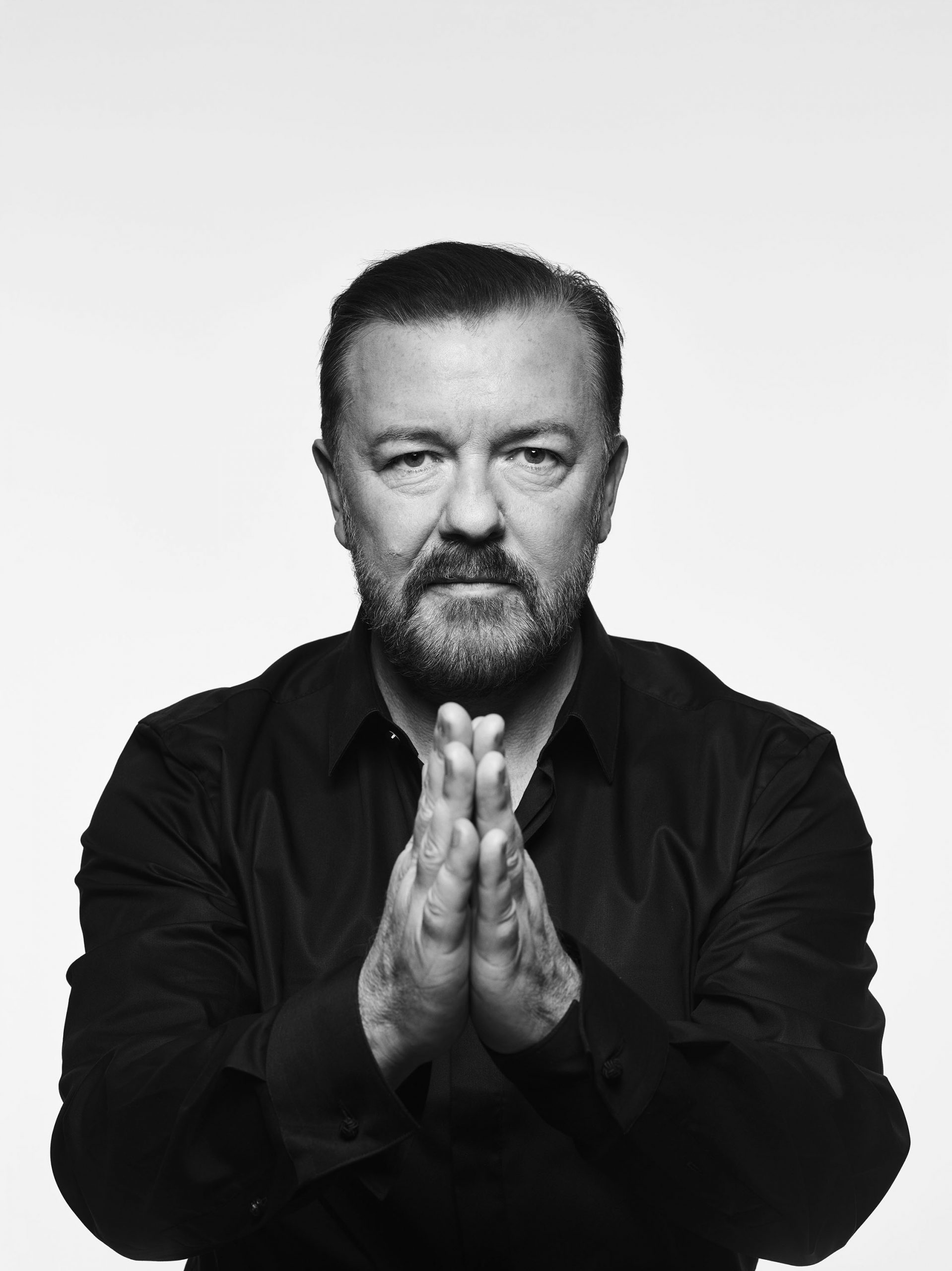 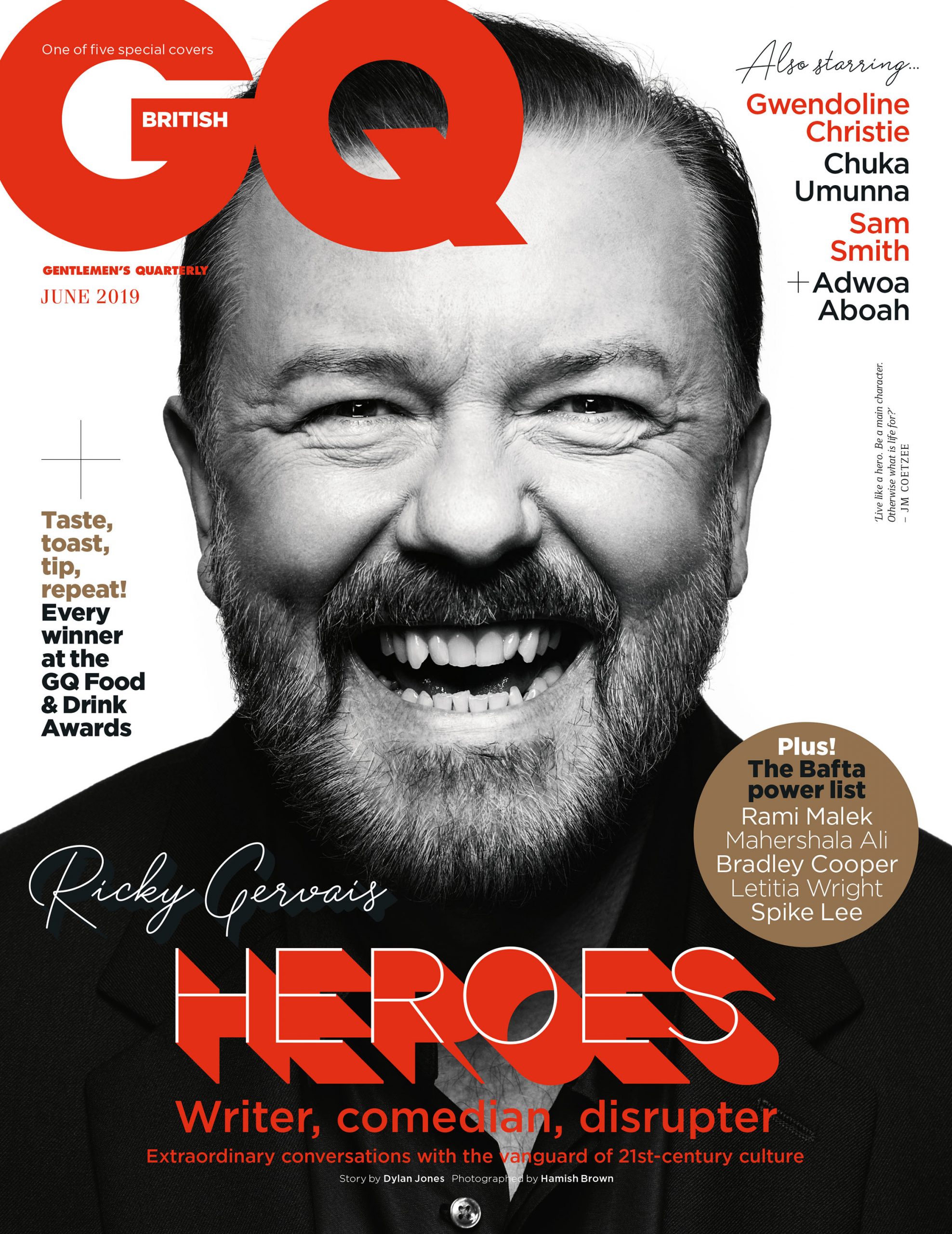 Nearly two years shooting documentary stories, from the bitter rivalry with Dillian Whyte, to magazine covers from British GQ to the iconic Sport magazine, to doing the ring walk with a camera in hand, ultimately had me witness first hand one of the greatest fights in British Boxing history, from the inside. Both fighters hitting the deck, and ultimately for Klitschko, the very last time. Ringside you can feel every punch, though thankfully not for real on my part. Joshua’s dressing room is testament to his team, a no stone unturned preparation, the most relaxed atmosphere in any sporting camp I’ve been inside. 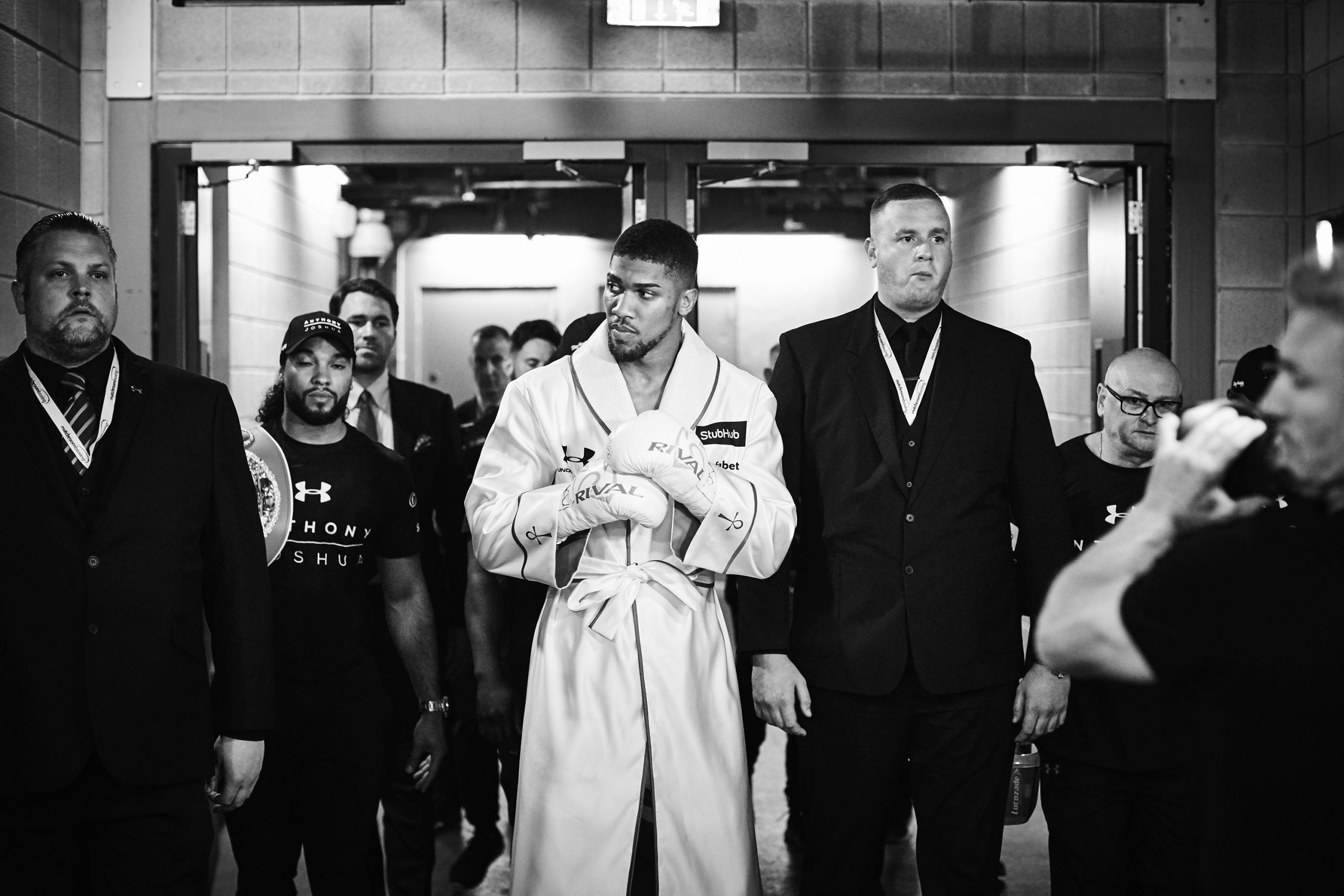 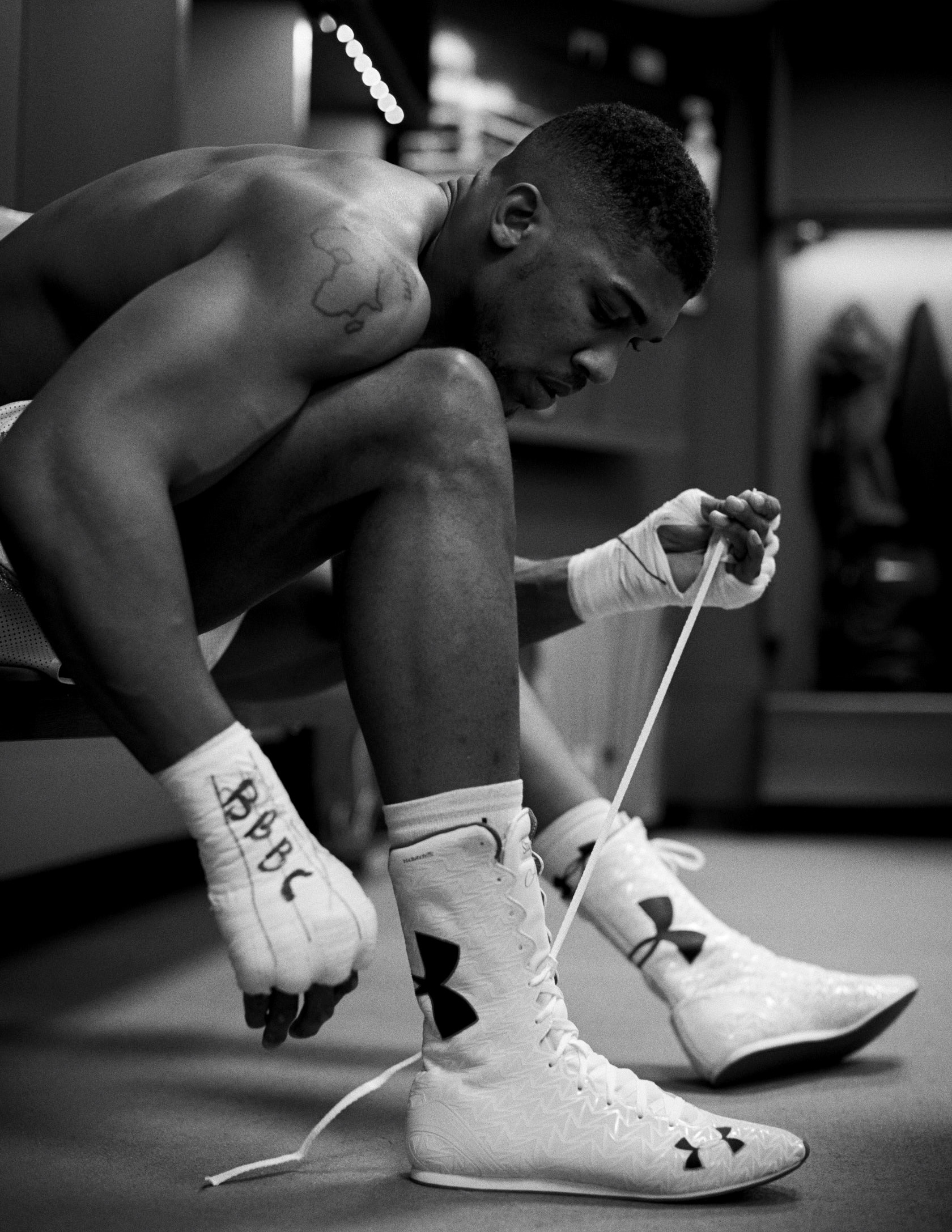 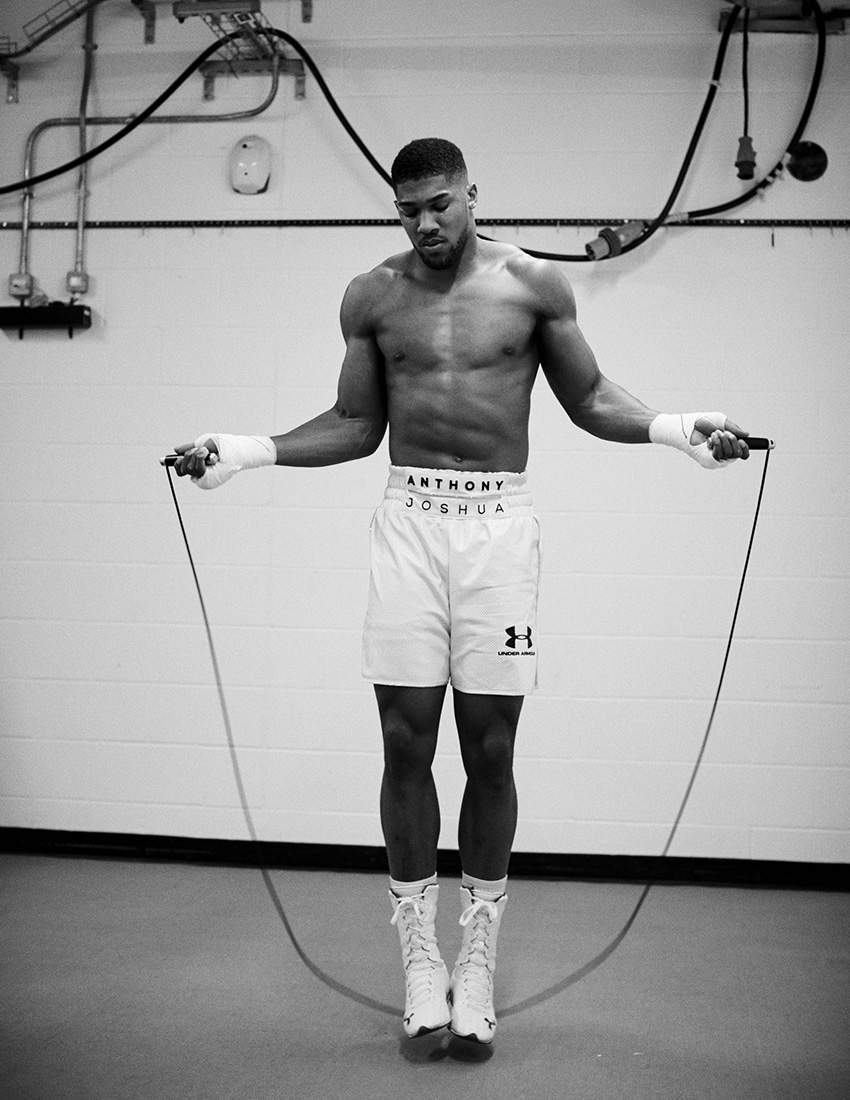